The aim of this project (which aims to run from September 1, 2019 to August 31, 2023) is to make children in the province of Groningen more acquainted with their local dialect using a digital tablet application. Not only is speaking a second language (in this case the Low Saxon minority language) important for cognition, it also helps to improve the connection between the older generation (who speak the regional dialect) and the younger generation (who often do not).

In a collaboration with Dorpsbelangen Zandeweer, Eppenhuizen and Doodstil, the Centrum Groninger Taal en Cultuur conducted and recorded interviews (January 2019) with the local dialect speakers in Zandeweer in which they indicated which dialect words the children should learn. The recordings of these interviews will be integrated in Woordwaark, a digital database of the Groningen dialects available for the general public.

After the interviews were recorded (February 2019), a Groningen writer - Kunny Luchtenberg - wrote four stories in the local dialect which were read aloud by local dialect speakers of Zandeweer. The audio recordings of these sessions are integrated in a tablet application which will be used by primary school children to learn various aspects of the local dialect (listening, reading, speaking and writing). Importantly, automatic techniques will be used to evaluate the writing and speaking performance of the children. A first pilot version of the app has been developed by students from the educational programmes Game artist and Gamedeveloper of the Alfacollege in Groningen.

A schematic of the project is shown below and a presentation illustrating the parts of this project can be downloaded here (150 MB). 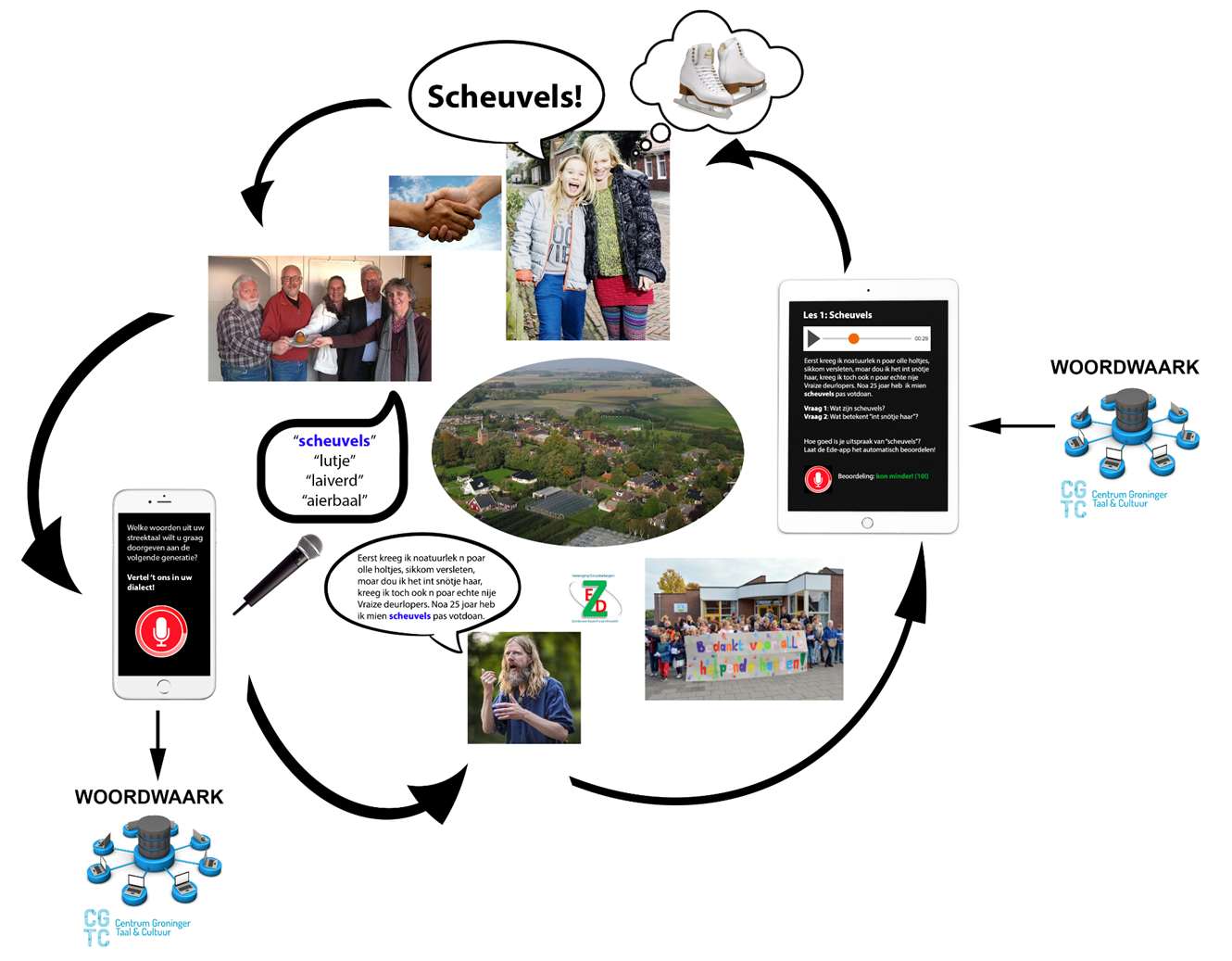 The purpose of this grant is to obtain funding for the further development and improvement of the app and to help in extending the project to a total of 20 places in the province of Groningen for which the app will be made suitable.

We expect this project to have a large and positive impact on how children view their local dialect. In addition, we expect a large amount of media attention, since the pilot project (which was aimed at only 600 people, as opposed to the 20,000 in the present project) was already covered by both national (Dutch) and regional news outlets: